Get a free Specialized Shuffle, Align, or Camber helmet with the purchase of any Jett, Riprock, or Rockhopper. Valid in-store only, while supplies last.

THE ALL-
NEW CRUX

THE POWER TO SLAY MONSTER TRAILS

It’s You,
Only Faster

The Power to Ride Anywhere

Born in 1894, our founder, Henry "Hap" Hazard was an ambitious 20 years old when he opened Hazard's Cyclesport in 1914. A multi-faceted man, Hap possessed not only profound mechanical understanding, but physical force to back it up. His breadth of mechanics far surpassed the scope of bicycles spilling over into automobiles, racing boats, and airplanes. Hap competed in speedboat races during the 2o's, and legend has it had world-famous pilot Charles Lindberg aboard his race boat many times. Blessed with not only intelligence, Hap also competed as a semi-professional boxer for a short time and was as competent with his brawn as he was his brain. There are rumors that Hap settled more than a few "disagreements" in the alley behind the original Hazard's! However, far from a callous brute Hap's incredible acts of generosity, selflessness, and community outreach are the tenets from which Hazard's was established and remain at the core of our ethos.

Santa Barbara, California is a small, yet deeply velo-centric area. A cycling destination for countless professional athletes, teams, and enthusiasts because of the incredible topography and weather, the area has also seen a dizzying amount of home-grown talent develop right before its eyes. In addition, Santa Barbara has spawned numerous cycling related companies, many of which still thrive today. There is clearly no shortage of love for the bike in this town.

Because of the expansive scope of bicycling, and cyclist's in general, in the area it is not uncommon to have a $50.00 "Wal-Mart" bike in the repair stand right next to a $10,000 pro-level race bike. Our focus is to give each bike and its owner the EXACT same attention and respect. Bicycle service and retail is a fascinating industry to be involved in and it's a blessing to be able to do it an area that is so receptive and appreciative of the beauty and gifts we have related to cycling. Chief among our belief system is that anybody who rides a bike is ok with us. It is our way to treat everyone the same, make them feel welcomed and understood, and to do everything within our power to keep each person pedaling.

Join us Sunday mornings for a 35+ mile road bike ride starting at the East Beach Bathhouse heading to Rincon and looping back! 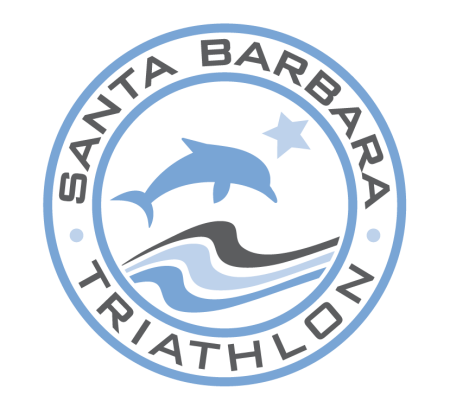 The 2022 Santa Barbara Triathlon is here! Join Hazard's Cyclesport as we partner up with the SB Tri and support this historic event throughout the weekend of August 26th-28th!

Founded by riders in 1974, that fact has guided every decision since. More than 40 years later Specialized is a top choice amongst cycling enthusiasts for all kinds of riding. Shop our in-stock inventory of bikes, equipment and apparel online for in-store pickup at Hazard's Cyclesport!

Our team of service pros can handle all bike maintenance and repair. Choose from our comprehensive value-packed tune-up package deals or individually priced services. We maintain a huge stock of popular service parts and our tools and equipment are new and state-of-art.

Identify a problem, solve it through design, validate it with science—
this is Body Geometry.

Innovation has guided every decision made by Specialized since 1974. As more riders of all ages get on the roads, trails, and streets than ever before, we’re here to do the best work of our lives to push the greatest human powered machine into the future each and every day.

Hazard’s Friday evening shop rides 👌 stay tuned we are going to be opening up this ride to anyone who wants to drop in and join us :-) come have some fun and gain group riding experience. #…

We have the best service department 🔧 always working hard and ready to make your bike run like new. #hazardscyclesport

Ride Safe, Spend Less. Get a free Specialized Shuffle, Align, or Camber helmet with the purchase of any Jett, Riprock, or Rockhopper until August 28th. #backtoschoolshopping #iamspecialized

Will E-BIKE for beer 🍻! Our Specialized Como is waiting for you in a variety of colors and sizes for your next SB adventure. Ultimate comfort and style! Big thank you to @institutionales for your …